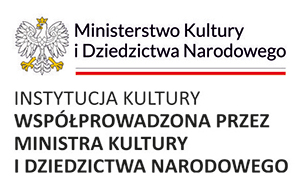 Gross-Rosen > Database of the dead

Database of the dead

This database contains a list of people who, in years 1940- 1945, died in the subcamp (AL Gross- Rosen), and then in the concentration camp Gross- Rosen (KL Gross- Rosen). Moreover, there are included documented names of former prisoners, who died immediately after the war in subcamps’ hospitals in Sowie Mountains (hospitals Blumenau, Bahhof, Stöhr, and Krankenheim). The source for this database are documents written by the camp authorities, or police authorities, and they are:

All of these documents (originals, copies, photocopies, microfilms or microfiches), are gathered in Gross- Rosen Museum’s Archives.
In relation to the content, presented here source material was very different. Majority of data about dead prisoners were in Books of Deceased.
In some cases in camp books form KL Gross- Rosen there is recorded death of a prisoner with a reference that he died in KL Buchenwald. Such names were enclosed to the database, because they were prisoners of KL Gross- Rosen, who died during the evacuation, or directly after their arrival to KL Buchenwald.
In the register was kept original (accurate with German documents) spelling of names and personal details, even if the clerk’s mistake was obvious (couple of times in the Book was written the date 29.02, although it was not the leap- year). In case, when the discrepancies between information were little, the most reliable source was chosen. Data were also supplemented form different sources, as long as there was a probability that they concern one person. However, there may be some inaccuracies, especially in spelling, what is caused by hardly legible writing (hand- written gothic), or bad technical condition of documents.
In general, gathered German documentation allows to state deaths of 9396 prisoners. They are confirmed with death certificates issued by camp administration.
In case of winning new materials, database will be supplemented with new information, and the former will be verified.
In database there are only information necessary for proper identification of the dead person (name or names, last name, date and place of birth, date of death, nationality, citizenship, religion).

For nationality and (or) citizenship

In case when nationality and citizenship were the same, only one abbreviation was used.

Gross-Rosen > Database of the dead